Let’s introduce ourselves we  are  Mariëlle Frijters-Stuit and Marco Stuit. We have had Golden Retrievers for almost 25 years. We live in Erp, Noord Brabant (the Netherlands) with all our goldens.
Our enormous love for the golden retriever made us decide to make our dream come true and to start with Sam’s Golden World.

In 1995 our 1st golden came to live with us. We named him Sam. A male from a litter of 13.
A beautiful light blond male with a golden character. Especially bred for his good character and good health. Kind to our family, but also very observant. Our first Sam became 11 years old. He has a place in our hearts forever.

In 2006 we have welcomed  our 2nd golden. We also  named him Sam.
We gave our dear  Sam a nice golden friend and so we decided to buy a 3rd male in 2013 (a puppy from Sam’s dear sister  Sarah). We named  Sam’s nephew Cooper. His full name is Zone Free Zidane Cooper. He is our first stud dog.

In April 2018 we welcomed our first female. Again light in color. We named her Haley after the sadly deceased  golden of a dear friend in Kirkland.
Together with our male Cooper she will take care of the first litter of golden puppies.
Our 2nd female was born on November 16, 2018. We named her Sarah after  Sam’s sister and Cooper’s mother. Sarah lives with us since January 2019.

Unfortunately, there is only 1 disadvantage to having dogs and that is that at some point you have to say goodbye to your closest friend. November 20, 2018, we had to make the most difficult decision and we had to say goodbye to our Sam. His heart couldn’t take it anymore. Our greatest friend became 12,5 years old. Because  Sam was such a special friend, we named our kennel after  Sam. To always remember him.

All our goldens are growing up in a domestic place.
Our goldens all live in our home. We will teach them everything they need in the first 2 months of their golden life on a social level.
If you are interested in a golden puppy, you can always contact us by telephone. 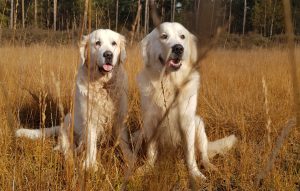 At this moment we have 3 golden retrievers, our male Cooper and our 2 female Haley and Sarah. Cooper and Haley are tested and their results are perfect. We expect the first puppies from Cooper and Haley.

The first puppies from Cooper and Haley we will welcome soon, We will inform you when Haley is mated en when we will expect the litter